Last week I participated in the Scottish Government's International Design Summit at the Lighthouse in Glasgow. Held to kick off consultation on a new policy for architecture and placemaking in the country and the opening of an exhibition on this initiative in the Lighthouse, it attracted an international roster of speakers whose presentations, including my own, can be found by clicking on the address below: 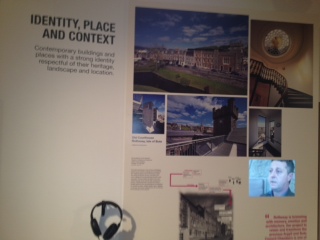 A panel from the exhibition


My contribution highlighted the role that place and destination brand strategy can play in improving the design, environment and management of high streets and town centres.


Of particular interest to me were the presentations by Tina Saaby, the Chief Architect of the City of Copenhagen, Andrew Dixon, the CEO of Creative Scotland, Mike Galloway, the Chief Planner of the City of Dundee, and Cilly Jansen, the head of Architectuur Lokaal in The Netherlands.


Tina described with great passion how the city of Copenhagen is focused on making it one of the world's best places to live and work even as it continues to grow by focusing on a strategy to improve the quality of life at a human scale. She described how the City is taking action to get more people walking and cycling, creating places for people to linger and the creation of associated active frontages.


Andrew spoke eloquently about the importance of cultural initiatives in redefining place and provided a number of examples of how sculpture (such as the Angel of the North) and arts centres (such as the Baltic in Gateshead) had helped redefine the identity and reputation of places, helping to generate tourism and economic benefits.


Andrew sensed that Scotland had yet to celebrate its cultural strengths as a key element of placemaking in the country and I agree with him; there is much more that can be done to do exemplify the culture as an active part of place.


Mike talked about the process of development, over the last fifteen to twenty years, that has resulted in a very successful new place and destination being created on the waterfront at Dundee. Here design is being used as a purposeful tool to change the image and perception of the old city on the waterfront, to grow the economy and create jobs. Through a linked framework of design briefs he has steered development of a number of major and game changing new buildings and attractions, chief of which is the development of the new Victoria and Albert Museum in Scotland. He stressed the importance of consistent civic leadership over time to ensure a project of this scale and importance is realised and the need for politicians and developers to take a long view.


Cilly described how her organisation, Architectur Locaal, had pioneered design education for local councillors in the Netherlands in order to improve its quality and the quality of their decision making, and how architecture was now seen as a key and principal element in her country's creative sector.


I also enjoyed the break-out session given by Amanda Reynolds of ar-Urbanism where she highlighted some of the many ways in which good design of facilities in public places can increase their attractiveness and their sense of place and arrival.


By far the most enjoyable and the most interactive session for me was the workshop on "Other Ways of Doing Architecture" run by Pidgin Perfect (Dele Adeyemo, Marc Cairns and Becca Thomas) who asked us to imagine a future different to today and to think about how architecture might be taught at that time, which produced a range of scenarios from the dystopian to the intriguing. 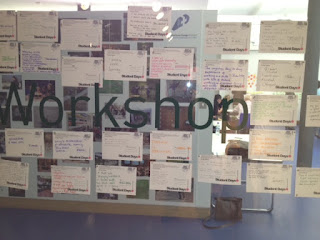 I also enjoyed meeting and carousing with Kevin Murray and liked his closing summing up of the key messages coming out of the summit, which can be summarised as:


Kevin summed up the debate neatly when he said that "Quality of place is hard to achieve but worth it".

The draft Scottish Policy on Architecture and Placemaking can be found at www.scotland.gov.uk/consultations