I saw a great post in today's Design Week newsletter by Angus Montgomery. Its about the creation of a "film map"  by design consultancy Dorothy. Following on from its Song Map project (recently featured on the cover of the new Saint Etienne album) Dorothy has created a map composed of places with over nine hundred classic film titles, with a look reminiscent of old maps of Los Angeles in the nineteen thirties. 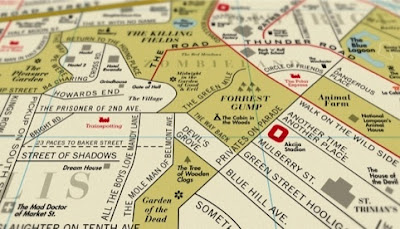 Many of my favourites are featured - The Thirty Nine Steps, The Killing Fields, Chinatown, Reservoir Dogs, Alcatraz. Very clever. 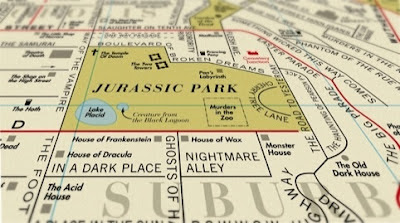 It even has its own parks and lakes, or should I say reservoirs for the dogs. 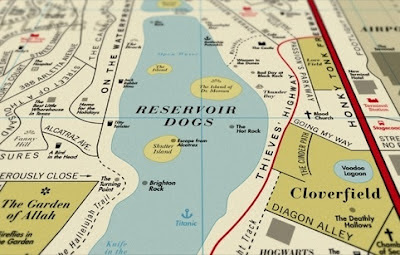 The Film Map is available from www.wearedorothy.com, with prices starting at £25.
Posted by Unknown at 08:54