Last night I attended a very good seminar on this topic organised by the Citydiplo Group (which stands for City Branding and Diplomacy) at the London School of Economics where I heard three very interesting presentations on place branding by Max Nathan (an LSE research fellow, researcher at NIESR and co-founder of the Centre for Cities), Ian Stephens (of brand consultants Saffron) and Suzanne Hall (LSE lecturer and researcher).

First up was Max Nathan who focussed on the government's initiative, "Tech City", taking advantage of what has been termed the "Silicon Roundabout" in the Old Street and Shoreditch fringes of the City of London, centred on the roundabout in the picture below, where the government is proposing to establish a new hub in the centre of the roundabout to act as a focal point for and advertisement for the area.

An impression of the design for the hub by Architecture 00 is shown below and below that is their concept diagram for the offer of the hub.

Photograph and diagram courtesy of Architecture 00

Architecture 00 describe the hub as a building providing workshop spaces, exhibition spaces, event-hosting, free work-spaces, education and innovation-accelerator...in short, a low-threshold point of entry for everyone – from the international investor to the London teenager who wants the opportunity to turn their idea into a start-up.

Max posed a number of relevant questions about this attempt by the government to re-brand and take advantage of a process of organic growth of a new area:

Max concluded by observing that there are limits to what a late-developing government policy initiative can do for an organic development of an area like this; that the role of local planning policy should be supportive and not directive, to enable the creation of cheap workshop space, and to encourage the creation of local amenities and a vibrant night time economy. 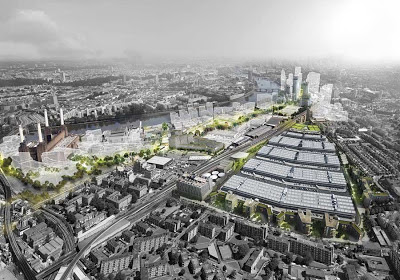 The second presentation by Ian Stephens of Saffron focused on the role of place branding in the development of proposals for the Nine Elms area in Battersea on the south bank of the river Thames in central London.

Ian asked the question "Why did the area need a brand?" and answered it by stating that a powerful reason was that few people had ever heard of it beyond the locals, and few investors who the developers wanted to target would have heard of it, especially people from abroad.

Added to this there was a need to create a sense of momentum around the development and get people engaged with the development of the area. Another powerful reason for creating a new brand to describe the planned development was the need to change existing, negative,  perceptions of the area and the need to create a new community with its own identifiable identity. In short, there was a need for a brand that would tell the story of how the area would develop over time. 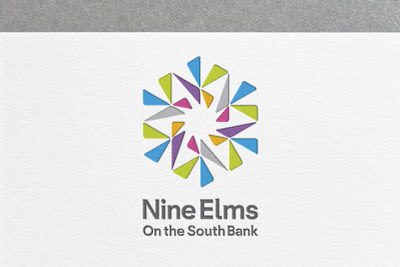 The High Street - The Paradox of an Ordinary Brand

The third presentation was from Suzanne Hall, a self-styled “Urban Ethnographer” at the LSE, who has been undertaking work on analysing the development of local high streets in multi-ethnic communities, in particular on Walworth Road and Rye Lane in Peckham, both districts of inner London.

The title of her presentation was “The Paradox of an Ordinary Brand”. You can read her latest LSE blog on this subject at http://blogs.lse.ac.uk/politicsandpolicy/2012/02/14/localism-high-street/ 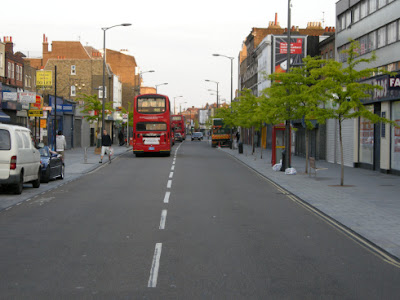 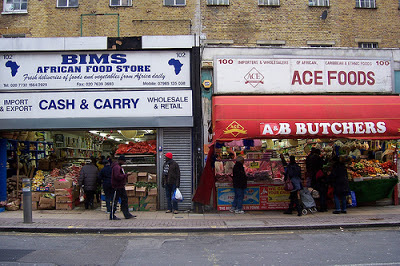 She made a number of interesting points which I think are relevant to other London town centres, for example Tooting and Wembley, which I summarise as follows:


By way of further reading she referred the audience to a publication, "High Street London”, prepared for the Greater London Authority by Gort Scott Associates - at http://www.gortscott.com/project/high-street-london/ , and I can also recommend readers of this blog to visit to a web site about a major London high street  project connecting the route from Aldgate in the City of London to the Olympic Park http://www.highstreet2012.com/e

Overall the sentiment of the meeting was that the three presentations had shown that it was impossible to capture all of these and other local brand initiatives in one umbrella brand for London, which was not to say that you cannot develop one for the city , which is what London and Partners are busily engaged upon, simply that it cannot be both extensive and comprehensive and have clarity for consumers. As I said in my contribution to the debate, bastardising a famous quotation by Abraham Lincoln "You cannot tell everyone, everywhere, about all of your offers, all of the time".