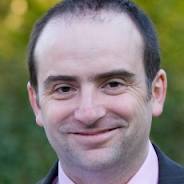 Last Tuesday evening I attended a great lecture given by Rick Robinson of IBM UK on the subject of "Digital Urbanism",  at the offices of Space Syntax in central London. This event was organised by The Academy of Urbanism  which is where I met Rick a few months ago having followed his blog for some considerable time. Rick is an Executive Architect at IBM responsible for it's work on Smarter Cities. He regularly posts on this subject at his blog http://the urbantechnologist.com

The choice of this topic by the Academy is no accident as its one of a small number of organisations in the built environment which has recognised the significant impact that digital technologies are having on urban life and the development of urban spaces and places.

Rick opened his presentation by talking about the disappearing boundary between the information supply world and the digital world and the resultant changes in the way that products are being created, designed, built and manufactured (3D printing of prosthetic limbs customised to individuals being a fascinating example) and the implications of these changes for the built environment, its governance and the way we use it. He identified three important trends urbanists need to be aware of:


Rick referred to the work of the city of Dublin in Ireland in this field - "Dublinked"- which is attempting to understand, link and build on the many people and organisations in the city who are using smart technologies, to understand their needs for the right technology infrastructure (3, 4, or 5 G broadband connectivity) in order to maximise the impact of what they are doing for the economic benefit of the city and its residents. A key objective of this initiative is to identify and distribute technologies that can be shared by many businesses and organisations at the same time which can enable greater and more effective collaborative working. Rick cited some interesting examples of this - the sharing of traffic congestion information with drivers in real time through in-car communications, the use of smart water meters to control the flow and levels of rivers and water courses (enabling earlier alerts on flooding) and meters that indicate the level and frequency of use of water by households and businesses.

This initiative did not surprise me as I've become familiar with the parallel initiative of the Science Gallery in Dublin to explain to its visitors what science is, how it is changing how we live and why we need to understand how it contribute to our lives.

Rick then talked about what he termed the "attraction of opposites" - producers and consumers coming closer together where consumers become producers and vice-versa, examples being new technologies changing the nature of food production, manufacture and distribution, and, at a much smaller scale, the use of technology to book individual parking spaces in determined locations for precise periods of time; both examples of how we will change our use of the urban space.

Citing his work in the city of Sunderland in north east England, Rick described how new technologies were enabling close and beneficial collaboration between social enterprises and  major corporates, stimulating the co-creation of new products and services and minimising risk for new entrepreneurs, helping to sustain the economic health of cities.

Rick concluded with an appeal that we need to tell and share much more engaging, compelling and motivating stories, free of technical jargon, about the beneficial use of and impact of digital technologies in the urban realm. I absolutely concur with this as I continually encourage my clients to tell people compelling stories about the brand offers and experiences of places as opposed to press releases or entries on web sites.

John Worthington, a founder of the Academy and founder of the seminal architecture practice DEGW, and a real expert on designing workspaces for the rapidly changing world of work, opened the Q and A by listing what he thought were the three levels of SMART in urban development, namely:


Among the interesting issues raised in the Q&A the following struck me as particularly important: 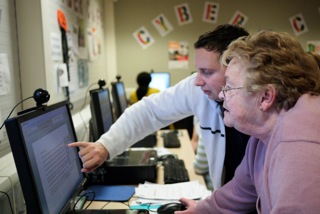 The Sunderland IT Inclusion initiative

For more information on the IBM Smarter Cities initiative go to http//.ibm.com/smartercities/ and you can follow Rick on Twitter @dr_rick