London Bridge - Bidding to become a great place and destination 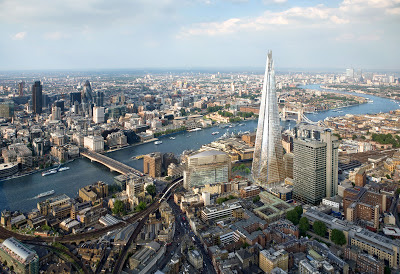 A bird's eye view of the London Bridge area

Yesterday afternoon I met with the Board of the Business Improvement District of the London Bridge area in central London to share with them some thoughts on the value of place and destination branding to areas like theirs which are working on improving their offer, experience and identity. In my opinion this is one of the most interesting BID's in London and in the UK, ranking alongside the New West End Company - the BID for Oxford St., Regent St. and Bond St. in the west end of central London, which I have previously advised. This is a BID board that is truly thinking in a strategic way about the improvement of its area.

After the meeting we all went over to the London Museum of Fashion and Textiles in Bermondsey St.(well worth a visit especially if you were inspired by the recent Hollywood Costume exhibition at the V&A) for the AGM of the BID and a very informative programme of speakers sharing their thinking about and initiatives in the area. 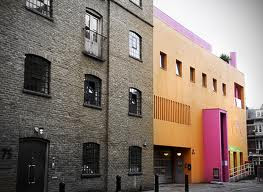 The Museum of Fashion and Textiles in Bermondsey Street

First up was James Dinwiddie, who is the Chair of the Board of the BID, who told the audience about their major initiatives over the last year, focusing on initiatives to improve the area's public realm through urban links, pocket plazas, bringing vacant space back into public use and the creation of Gateways into the area - on London Bridge, Tower Bridge and on Tooley St., initiatives to improve and make better use of the many railway arches in the area, many now being released for new uses as a result of Network Rail's major programme of improvements to London Bridge Station, and their programme of events designed to animate, enliven and make the area more attractive as a place to visit and spend time in.

Next to speak was Prof. Simon Howell, Director of Research Development at Kings College London, one of the major landowners in the area. he shared with the audience the fascinating proposal for the establishment of a new Science Gallery in the original Guy's Hospital building. This will be a facility that will explain medical and related sciences to non-scientists in a very interactive way. inspired by a similar facility in Dublin, when completed this will be a major new attraction in the area, hopefully one that will attract a global audience. 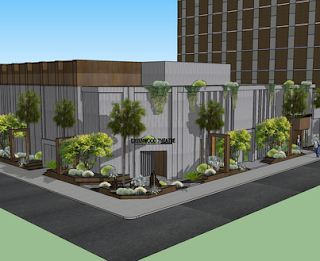 Simon was followed by the irrepresible James Wong who is an Ethnobotanist and who runs a local landscape design company, Amphibian designs (winners of a number of gold medals for their designs for gardens in the Chelsea Flower Show). He excitedly told the audience about his plans for greening the area around the Greenwood Theatre and re-cladding it in a natural wood and made the case for greater investment in greening the urban environment of the area  and its buildings through imaginative and pleasing planting. 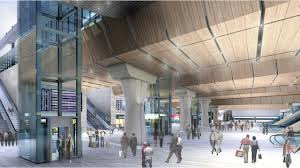 Finally, we heard from Chris Drabble and Andrew Hutton of Network Rail who shared its plans for the modernisation of London Bridge station over the next five plus years, with major works due to start in a few months time. A fascinating statistic from their presentation was that 64 million people pass through the station each year - that's almost equal to the total population of the UK! As a regular user of the station i was also glad to hear that NR plans to create one concourse, on a single level, to serve all of the improved and new platforms. And, as a fan of railway termini as destinations in their own right, I was pleased to hear that NR is looking to significantly improve the food and beverage and retail offer at the station. Clearly the success of the new facilities at St. Pancras Station is influencing their thinking.

I suggested to Chris and Andrew that they could get together with James to consider creating a major nature feature on the new concourse similar to the winter-garden area of the Atocha Station terminal in Madrid but that appears to be a plant too far in terms of the primary need to secure an efficient flow of people in and out of the station. Pity.

All in all a fascinating and entertaining afternoon and evening. This is clearly a BID that thinks strategically and has a very good relationship with its major developers and stakeholder employers. Watch this place!

Information on the initiatives of Team London Bridge is available at www.teamlondonbridge.co.uk